The Houston Heights, known simply as "The Heights" is located a mere 6 miles northwest from downtown Houston. The area oozes charm and old world character. You'll find homes here, the design of which, you will find no where else in Houston. The Heights is becoming increasingly popular especially amoungst young professionals who work downtown, want a short commute and don't want to spend big money for the ability to do so. It's also a handy reverse commute for the Energy Corridor.
The area has a cool, funky vibe and is home to the highest concentration of artists in Texas.

The Heights is one of Houston's most historical areas with origins dating back to 1891. The land was developed to attract people who did not want to live in the denser city. It was one of the first master planned communities in Texas. Following World War 2, the area went into decline but has seen a huge revival since the 1990's and was no.4 in the Top 10 big city neighborhoods in 2013.

The Heights is bordered by I10 to the North, 610 to the South, Shepherd to the West and North Main and Studemont to the East.
Population, Location and Commute

The Heights and 77008 zip area is home to around 30,000 residents. Being only 6 miles from downtown Houston, the commute is around 15 - 20 minutes. Sandwiched between the 610 and I10, freeway access is easy. The Galleria is around a 10-15 minute commute and the Energy Corridor is around 20-25 minutes but longer in peak traffic.

The area has seen a huge revival with old cottages being demolished or renovated. But in keeping with the area charm, homes in the Historic Heights district have had to comply with strict building design requirements. You'll therefore see streets lined with with southern style homes, clad with all colors of hardy plank siding with large breezy porches. Older cottages dot the neighborhood, with some having seen beautiful renovations.

Townhomes are also springing up but are in greater concentration West of Shepherd in Shady Acres.

Zip 77008 also includes Timbergrove and Lazybrook which is characterized by older one story ranch style homes.

The Heights is famous for its laid back charm and this is reflected in some of the one of a kind restaurants and coffee shops in the neighborhood. 19th Street is home to quirky stores and antique shops. Downtown Houston is on the doorstep making theatre and entertainment options several minutes away. Pocket parks dot the area and residents can enjoy the Heights Walking and Bike Trail which connects with trails leading into downtown. Buffalo Bayou Park and Memorial Park are close by. The Heights has a high walkability factor.

The area is served by several schools depending on which section you live. These schools all fall under HISD and include Field, Harvard and Love Elementaries. Hamilton and Hogg Middle Schools. Waltrip High and The Heights High are the two high schools. Carnegie Vanguard High School is nearby. 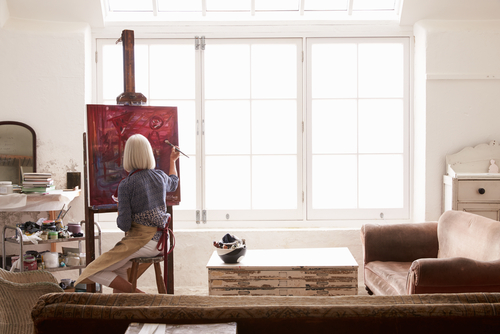 For an inner city neighborhood, the Heights is an affordable option with the average home price around $585,073. Homes are generally smaller than in other nearby neighborhoods - around 2206 sf. An average home has 3 bedrooms. Lots are small. Average rent is $2294.
There are also some very good apartment options in the area with rental prices around $2000 and up for a decent 2 bed.